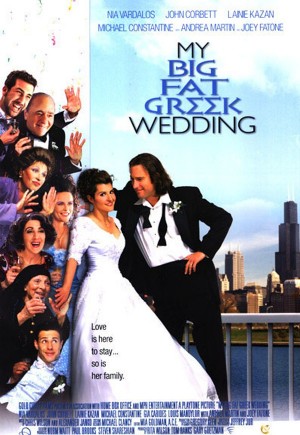 Toula wishes for something more, something for herself. After a makeover and signing up for some computer classes despite her father's old-world objections, Toula's life starts to turn around when she takes a job at her aunt's travel agency and falls in love with a tall, handsome high school teacher named Ian (Corbett). But unfortunately for her father, he isn't Greek, and even worse.. he's a vegetarian.

The film is based on the hit one-woman autobiographical play by Winnipeg native Nia Vardalos and was filmed mostly in Toronto.