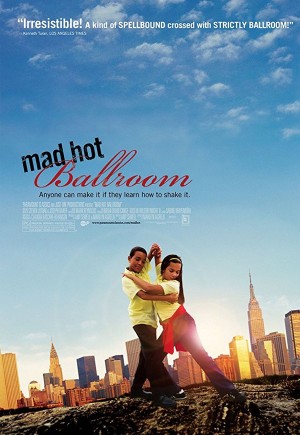 Director: Marilyn Agrelo
Distributor: Paramount ClassicsAn insightful, inspiring and often hilarious documentary following a group of 11-year-old New York City public school kids who journey into the world of ballroom dancing. Along the way, they reveal themselves and their world as they compete in the final citywide competition. Told from their candid perspectives, these kids are transformed from reluctant participants to determined competitors, from typical urban kids to "ladies and gentlemen."