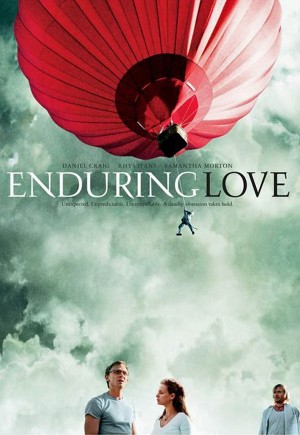 Director: Roger Michell
Screenwriter: Joe Penhall's adaptation of Ian McEwan's acclaimed novel
Starring: Daniel Craig, Rhys Ifans, Samantha Morton, Bill Nighy
Distributor: Paramount ClassicsA picnic on a perfect day in the English countryside becomes a sudden moment of crisis as a hot air balloon plunges from the sky. A young boy is in danger and Joe (Daniel Craig) and three other men race to the rescue. In their attempt, one of the men meets a spectacular and totally unpredictable death. Joe is haunted with guilt for his part in the matter. Another rescuer, intense and obsessive Jed (Rhys Ifans), fixates on Joe and sets about to systematically destabilize his life, his career and his connection with his longtime girlfriend Claire (Samantha Morton).