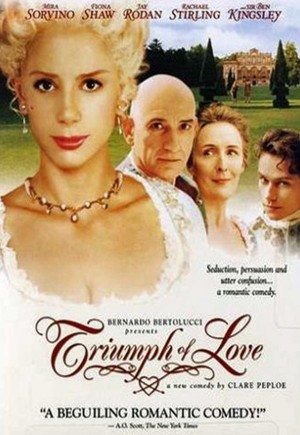 Distributor: Paramount ClassicsPrincess Leonide (Sorvino) of Sprata is determined to restore her homeland's throne to its rightful heir, a young prince whom she falls in love with. Using deception and disguise to win his heart she soon discovers she has a powerful talent for seduction. But it proves an uncontrollable talent, and she quickly finds herself engaged to three people.