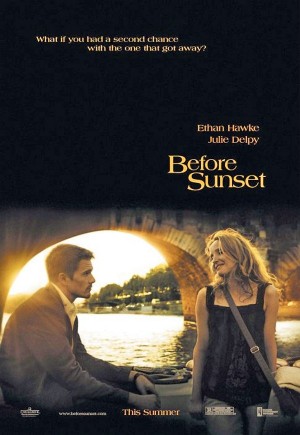 Distributor: Warner Independent PicturesWhen Jesse (Ethan Hawke) and Celine (Julie Delpy) met on a Eurorail train, the connection between them was immediate and profound. The 14-hour relationship that followed, as the pair explored the spontaneous and unexpected in Vienna, ended on a train platform where they swore they'd meet again six months later. Nine years have passed since that morning.

On the last stop of his book tour, at the tail end of a reading in a Paris book shop, Jesse finds Celine watching from the back of the room. She lives in Paris now, he in New York. He's flying out that evening and they utilize every moment, finding their human connection no less vital, inspiring or real than it was nine years ago in Vienna.