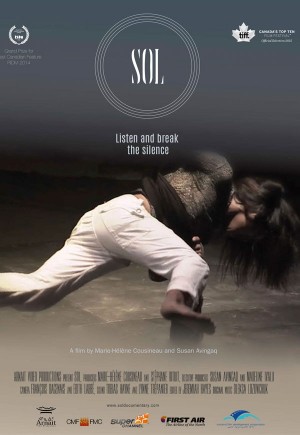 Arnait Video Productions
Co-directed by Marie-Hélène Cousineau and Susan AvingaqSol - is a moving tribute to Solomon Tapatia Uyarasuk - a charismatic young Inuk, an amateur acrobat, musician and poet, who was found dead in the Igloolik police station in 2012. He was 26. The police suggest suicide, but two years after Solomon's death, his family and friends are still waiting for an official answer regarding the circumstances of his death.

This compassionate portrait examines the underlying issues of youth suicide in Canada's North while investigating the truth behind Solomon's tragic death. As the documentary sheds light on the tragedy's causes and consequences for a small Arctic community in Nunavut, a region claiming one of the highest youth suicide rates in the world, it demands justice for Canada's Indigenous peoples. At the same time it depicts the resilience of the Inuit and their determination to create a better future for their people.