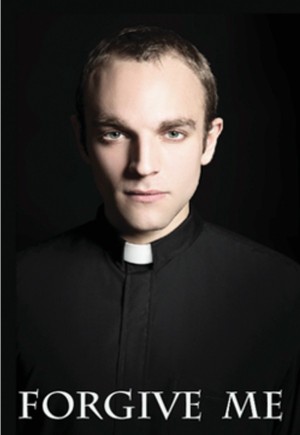 Forgive Me is a 12-episode, half-hour TV series written and directed by Thom Fitzgerald, one of Canada's top feature filmmakers (Cloudburst, 3 Needles, The Hanging Garden). It stars Mike McLeod as a young priest with his own demons, straining under the ever-growing weight of his congregant's confessions. All the while, his own past and the stories that are entrusted to him can't remain untangled for long, and more will be asked of him than he ever imagined.

Season 2 finds the young Priest facing his toughest challenge yet. The Priest (Mike Mcleod) hears confessions from a fallen politician (Wendy Crewson), a reluctant soldier (Daniel Fanaberia), and a parishioner recovering from abuse (Hugh Thompson). His personal life with his secret love child is threatening his position in the church, making him vulnerable to punishment from the Bishop (Ed Asner). Beset with visions and dreams of martyrs and spectres, the Priest has to choose between medical treatments to try to save his life, or embrace his visions of ghostly visions as visitations from the saints.