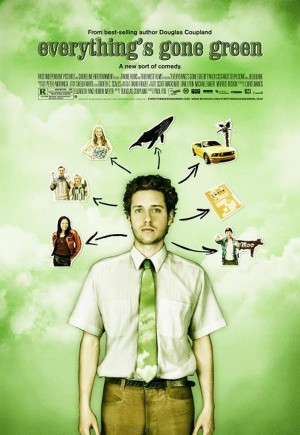 Director: Paul Fox
Screenplay: Douglas Coupland
Starring: Paulo Costanzo, Steph Song, JR Bourne
Distributor: Equinoxe FilmsPaulo Costanzo stars as Ryan, a twentysomething slacker who is nonetheless willing to fall into accidental success. After losing his job the same day he is dumped by his yuppie girlfriend, Ryan gets a dispiriting job with a tacky lottery magazine, photographing winners and writing their stories.

In a Mandarin language class Ryan is taking for work, he meets and is immediately smitten by the lovely Ming (Steph Song). Unfortunately Ming is currently involved with a fast-talking scammer, Bryce (JR Bourne).

Bryce spots a money-laundering scheme involving the new lottery winners and Ryan soon launches himself into the lifestyle of the suddenly rich and not-otherwise-likely-to-be-famous. Soon, Ryan has got the sports car and leather jacket of moneyed youth --something that puts him at odds with Ming, who just so happens to be in the process of breaking up with Bryce. All Ryan needs to do is convince Ming how different he is from Bryce, which proves a bit harder than ever expected.