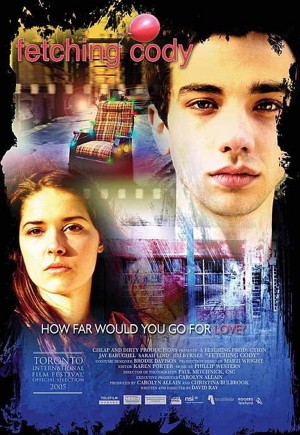 Director: David Ray
Starring: Jay Baruchel, Sarah Lind
Distributor: Capri ReleasingSet in Vancouver's notorious Downtown Eastside, Art Frankel (Jay Baruchel), a hustler and general lay-about, is head over heels in love with the luminous Cody Wesson (Sarah Lind). When she falls into a coma from an apparent overdose, a homeless, grief-stricken Art is offered shelter by the one person who can also offer him hope: Harvey - and his mysterious chair which he claims is a time machine. Desperate to reach Cody, Art suspends disbelief and embarks on a quest through time and space deep into her past. After several humiliating attempts to discover where things went wrong, it slowly dawns on Art that the real problem in her life might just be him. This leads to increasingly reckless attempts to avoid the one thing he fears most - sacrificing his profound love for Cody in exchange for her life.