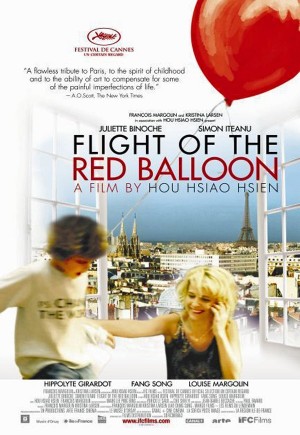 Flight of the Red Balloon

Like the original film, Hou's homage points to the inspirational connections between art and life that are possible when we use our imagination. Juliette Binoche stars as Suzanne, a single mother's who lives in Paris with her son Simon (Simon Iteanu). Suzanne works as a puppeteer and is devoted to her young son, but her life is in perpetual whirlwind mode. In serious need of help around the house, she hires Song (Song Fang), a Taiwanese film student living in Paris, to mind Simon. Song decides, while in France, to make a film about red balloons. Much of the film tracks Song and Simon wandering through the sites of Lamorisse's Paris, but now seen through Song's - or rather, Hou's - camera.