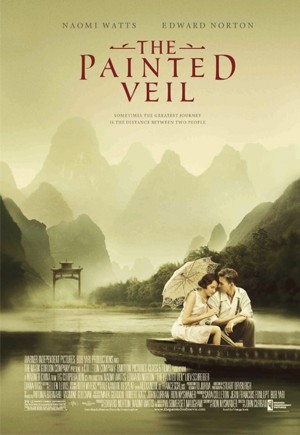 Director: John Curran
Starring: Naomi Watts, Edward Norton, Liev Schreiber
Distributor: Warner Independent PicturesBased on the classic novel by W. Somerset Maugham, The Painted Veil is a love story set in the 1920s that tells the story of a young English couple (a middle class doctor and an upper-class woman) who get married for the wrong reasons and relocate to Shanghai. When she is lured into an affair and he uncovers the truth, he takes her into the heart of ancient China to confront a deadly epidemic, which is likely to kill them both. But what starts out as a fit of revenge takes an unexpected turn toward purpose and passion in one of the most remote and beautiful places on earth.