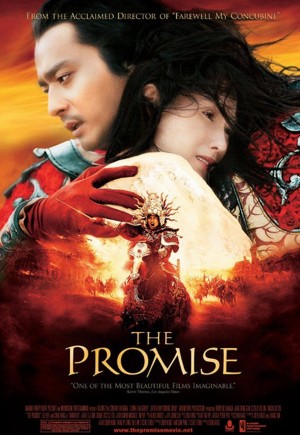 Director: Chen Kaige
Starring: Dong-Kun Jang, Hiroyuki Sanada, Cecilia Cheung
Distributor: Warner Independent PicturesA new epic fantasy set in China's mythical past, The Promise is a visually stunning tale of passion that unfolds against a backdrop of war as a beautiful and mysterious princess becomes the object of affection for three very different men - a powerful Duke, a brave general and a lowly slave. As passions spark and egos clash, lives will be ruined and lovers spurned and no one will ever be the same.