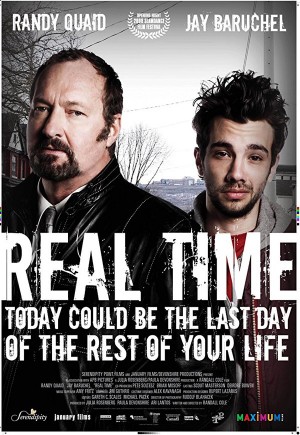 Director: Randall Cole
Starring: Jay Baruchel, Randy Quaid, Jayne Eastwood
Distributor: Entertainment OneReal Time tells the story of Andy (Baruchel), a down-on-his-luck compulsive gambler and what may be the last hour of his life when one of his irate creditors sends hit man Reuban (Quaid) to put Andy out of his misery. But Reuban decides to let Andy live the last hour of his life in any way he'd like.